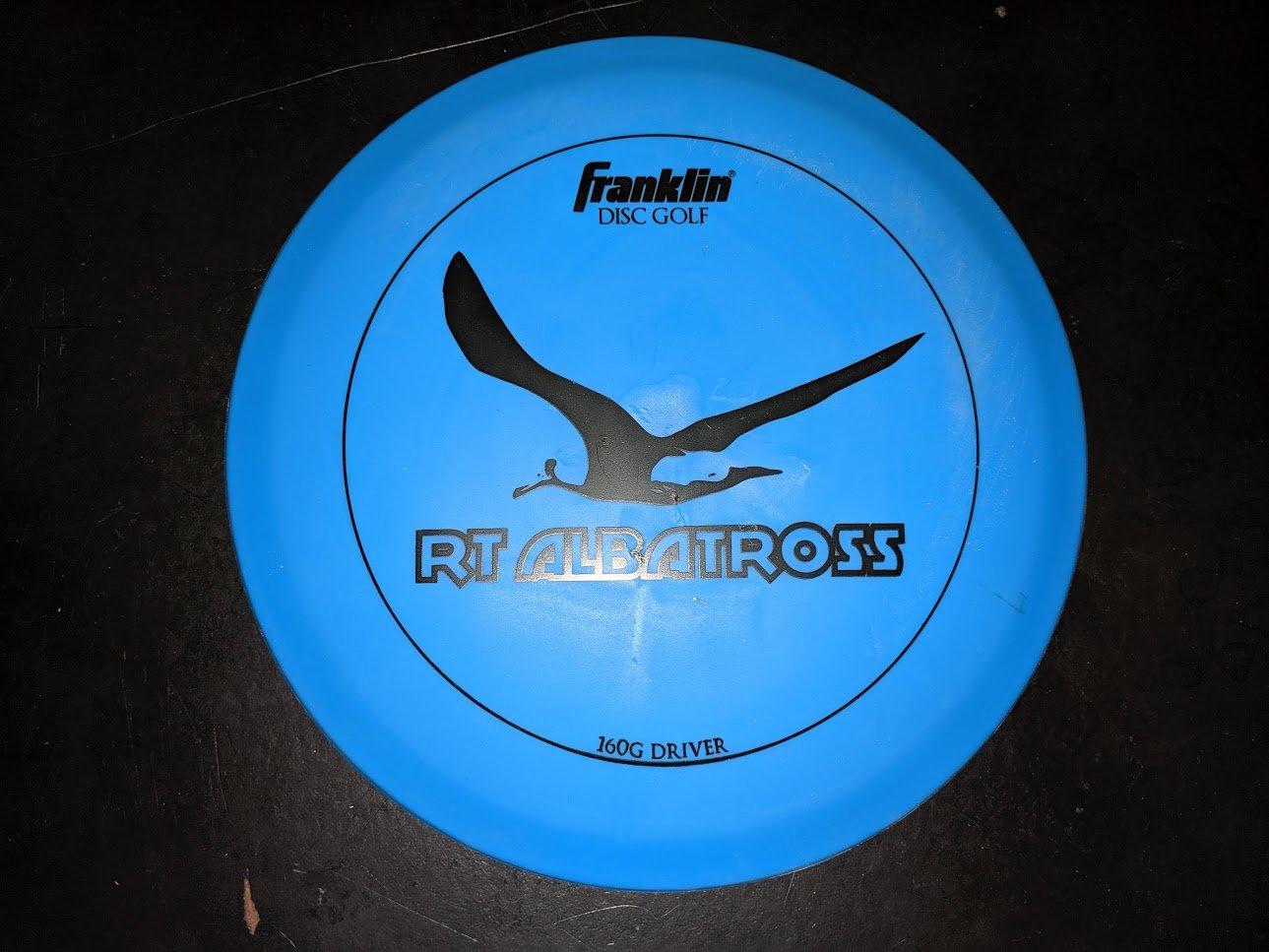 The RT Franklin Albatross is a piece of plastic advertised as a disc golf disc. Although it is shaped in a way similar to a disc golf driver, the aerodynamics of this “disc” do not allow it to actually fly in the air. The Albatross is so understable that on even moderate speed shots from inexperienced players, this disc will turn sideways, head to the ground, and start rolling. While this disc is printed as 160grams, the actual weight may actually vary. The Albatross is likely the most understable driver ever made and is only recommended for use as a disc golf discs for children 6 years old and under.

While the Franklin Albatross is advertised as a “driver” it has the exact same dimensions and flight as the Sparrow as well as the Halex Driver and the Halex Midrange. Franklin Disc Golf Discs are made in China.