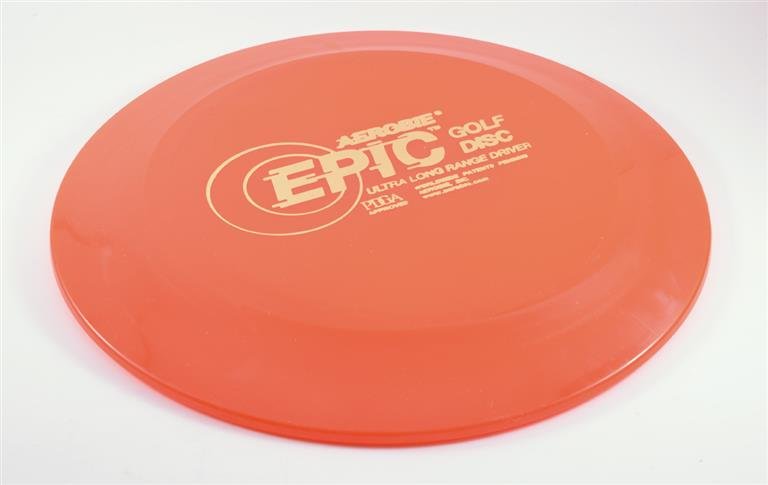 The Aerobie Epic is one of the most unique disc golf discs ever made. Unfortunately, this disc is now out of production so it is very hard to find them.

The name “Epic” is a pun in two ways 1) It is named for being an epic disc that no other disc comes close to, and 2) It (more seriously) has an epicyclic design ,which means the rim and weight is off-center.

The Epic is the only disc which also requires “tuning”, where you actually bend the disc prior to the throw (yes, every throw). The bend which you apply to the disc actually transforms the flight of it, making it either overstable or understable. For this reason, the Epic is the only disc which can fit into all of those categories at the same time and may fly with either a hook or a slice – you choose. Also, for this reason, the flight ratings (10/4/-2/4) and reviews which are given about the Epic are not to be taken completely serious; your experience will vary. You will notice that while some disc golfers love the disc, others find that this disc lives up to its claim – it can fly further than any other disc. Not for everybody, but those who love it, swear by it.

The Epic is typically thrown overhand, more like you would throw a baseball. Check out these epic shots: